Let’s face it, in this day and age almost everyone has a social media profile somewhere. And oftentimes, the social media profile for a business will show up just as high in a search engine result as a website, sometimes higher if your SEO needs a bit of work (no shame, lots of us are in that position).

But, which social media platform should you be on?

Let’s take a look at how each one is different from each other, what’s the same, and what that means for your business.

Let’s start with, arguably, the most popular social media platform. More than one billion people are not only signed up, but active on the platform each month. That’s HUGE. Huge. And it makes a good case for you being on the platform yourself, as a business page.

I’ll be perfectly honest, the majority of ‘my people’ don’t come from Facebook, but I still keep a profile on there. And this is one place where, even if you aren’t ‘super active’ on the platform, I still recommend at least going through the steps of creating a page for your business and keeping it ‘active’ with some auto posts.

Facebook is FABULOUS for SEO, so if people are searching for your business, a Facebook page will absolutely show up toward the top in results. And if you own a local brick and mortar, this is crucial for a lot of reasons.

The audience on Facebook is generally split pretty evenly among men and women, with slightly more women (53%) than men (47%). Most users are 18 and up, meaning it’s a slightly ‘older’ audience than some other platforms, such as Instagram.

Generally, if you are in the B2C industry, you will have a better time on Facebook, especially for local businesses.

Posting here should be 1x a day, MAYBE 2, but much more than that and you will wear out your followers.

There is absolutely no social media platform more ‘visual’ than Instagram right now.

Everything here is based on gorgeous pictures and videos that showcase amazing ‘lifestyle’ type photos.

The average age of Instagram users is younger than those on say, Facebook. Generally, the ages are 18-35 and the majority of the users are women, but men are absolutely picking up the pace on joining and becoming active on the platform.

They are into lifestyle, fitness, and fashion more than those on other platforms and love brands than can convey beautiful imagery.

Whereas I feel it’s a fabulous idea to have a Facebook page, even one that is only for posting repurposed content, it’s not necessary for every business to be on Instagram.

As a matter of fact, only those who can really capture the true ‘essence’ of the platform really should spend the time focusing efforts on there.

Posting schedule here is more often, with lots of brands experiencing success when they space out around 5-7 posts a day. CLEARLY, not posting all of them at once, but every few hours. Hashtags are crucial, especially using the right ones.

This platform is made for B2B owners.

Seriously, that’s basically why the platform was made. That and finding a job/networking, but let’s be honest. Most people on there use it for B2B.

LinkedIn used to be considered an ‘old mans’ platform, consisting generally of older individuals there to network and recruit some top talent for their teams. That is absolutely not the case anymore.

This is one of those places where, if you own a service based business, especially in the B2B space, it would be a stellar idea to get on here and start getting a feel for the platform in the very near future.

This platform is only going to increase in popularity over the next few months/years.

It’s good to post fairly frequently, at least a few times a week, especially if you are going to be contributing to the articles that add knowledge and tutorials to your industry.

So, I’m going to be honest.

Twitter was all but dead until the 2016 Presidential election, and subsequent controversies, revived the platform.

It’s a fabulous place to get trending information, watch people rant and rave, and to do some surprising customer service.

Often, you’ll see people hop on the platform solely when they have a customer service issue that they want fixed immediately. And they know that by causing a ruckus on Twitter, especially if they get noticed using the right hashtags, they’ll get their issue resolved by the company they are Tweeting.

I know I’ve personally ‘Tweeted’ an issue a few times, knowing I’d get a swift response.

Unless you plan on being in an industry that will need some heavy customer service, I don’t see Twitter as insanely necessary.

Twitter’s posting schedule is really up to you. Larger brands do about 1x a day for posting and that works well for them. Most smaller brands are very active, posting multiple times a day and watching hashtags for conversations they can pop into in order to be ‘seen’.

Reddit bills itself as the ‘front page of the news’, and I absolutely agree there.

Reddit is full of trending news in just about any industry you can think, and there is a ‘subreddit’ for everything. Every. Thing.

Which means that, with a bit of patience and research, you can absolutely find yourself an entire group of people who are interested in the same niche you are, and are just as passionate as you to discuss trends and topics.

Reddit is absolutely NOT a place to self promote and push your products and services. You will not bode well with that. Reddit, much like LinkedIn, is a place for you to answer questions and let yourself become ‘known’ as an expert in your chosen industry.

This tactic has brought in some stellar leads for people, specifically in service based industries such as consulting, web design, etc.

Posting schedule here is pretty much up to you. Answering questions and participating in threads is something you can do as little or as often as you like, it all depends on whether or not you think this platform is right for you and worth your time.

And that’s the end of that.

I bet you were expecting Pinterest to pop up on here. And….it’s not happening.

As a matter of fact, it’s my main source of traffic at this point in time.

And all of my Pinterest traffic, currently, is organic. Which is even more fabulous.

BUT. Pinterest is NOT a social media platform. It’s a search engine. 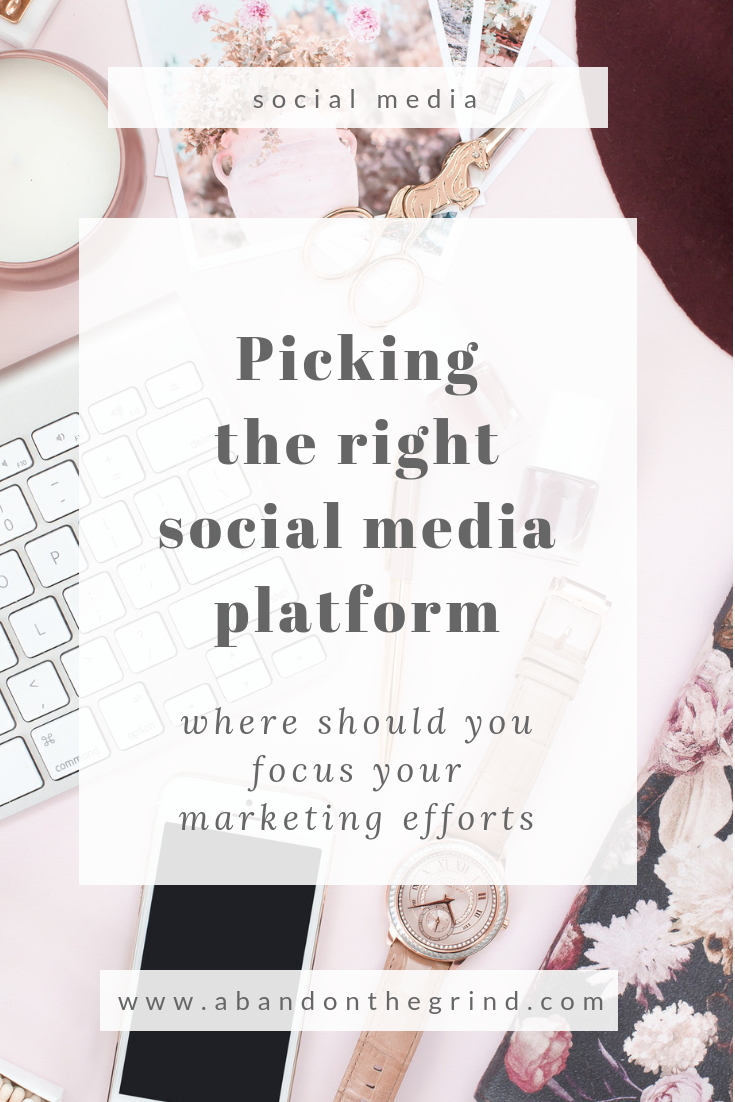